How To Get Followers On Twitter And How does TMB Work?

There are a lot of ways and methods to increase your twitter followers on Twitter. And Twitter Money Bot is a really glorious software that applies these Twitter Marketing methods “automatically”. When you try to do these tasks manually on Twitter, it becomes very boring and tiring. Our software will save lots of time for you.

What Kind Of Tasks Are We Talking About?
For example; Following Task. Following others is one of the best and fastest ways to get new followers on Twitter. If you follow people, some of them are definitely going to follow you back. You can try it manually on twitter and you’ll see that some of those people are going to follow you back especially if you followed some targeted group of people or people who related to your profile, interests, and niche. However, as we said, after a while, it’ll really become very tiring to do these kinds of tasks with your hands one by one on Twitter. So guess what? You can’t do these tasks every day manually and Twitter Money Bot will do all these tasks automatically with the click of a button! You better get this best Twitter marketing software!

How Can I Make Money With Twitter?
No matter what you do to make money from the internet but you will always need traffic and targeted visitors to promote your stuff (product as an affiliate, your own product, website, CPA offers, etc.) on the internet. If there’s no traffic, no one is going to be interested in your offer or service or product, they won’t even notice your offer. And social media, especially Twitter is a great traffic source for internet marketers. Twitter Money Bot will find and scrape targeted twitter users for you, and it’ll follow them automatically, some of them are going to follow you back and you’ll gain new followers on autopilot. So you’ll be able to advertise your offer to your new followers. This is the main idea of Twitter Marketing.

Why You Should Get the Twitter Money Bot v3
Twitter is among the biggest social network which millions of celebrities, clubs, businesses, news agencies, artists and marketers use daily. It is a platform used by these people to promote themselves, their products, gather fans and followers, share information, generate traffic, leads and much more.

You may initially think that Twitter is only good for tracking your favorite celebrities’ activities or swapping a few tweets with your friends but what you do not know is that fact that this popular social media platform can do a whole lot more. Several specialized services have actually tweaked it, turning ordinary Twitter accounts to carry on helpful tasks.

The Twitter Money Bot can check your stats for you, help you manage your own calendar and remind you of tweets. In short, it is not just your ordinary Twitter marketing software, the newest version also serves as an Internet Marketing Money Creator Robot.

Below is a description for every built-in characteristic that Twitter Money Bot has to offer:

With all the features of our newest version of the Twitter Money Bot, it has everything that you need in order to grow your base of followers and promote anything at almost any time that you want to. There is no other tool that combines the powers of Twitter as a social media platform into just one software. This Twitter Bot is an automated and optimized version of Twitter that you can run seven days a week, 24 hours a day. 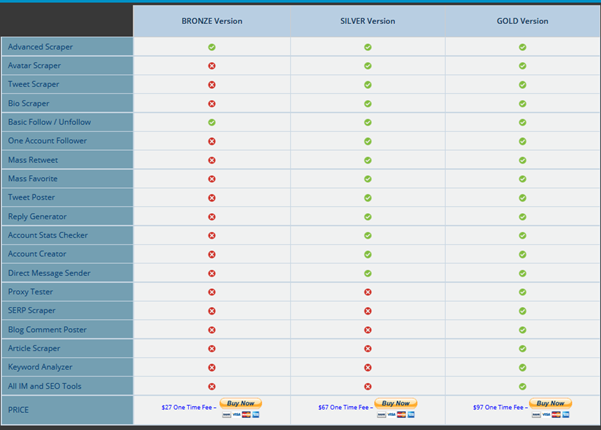 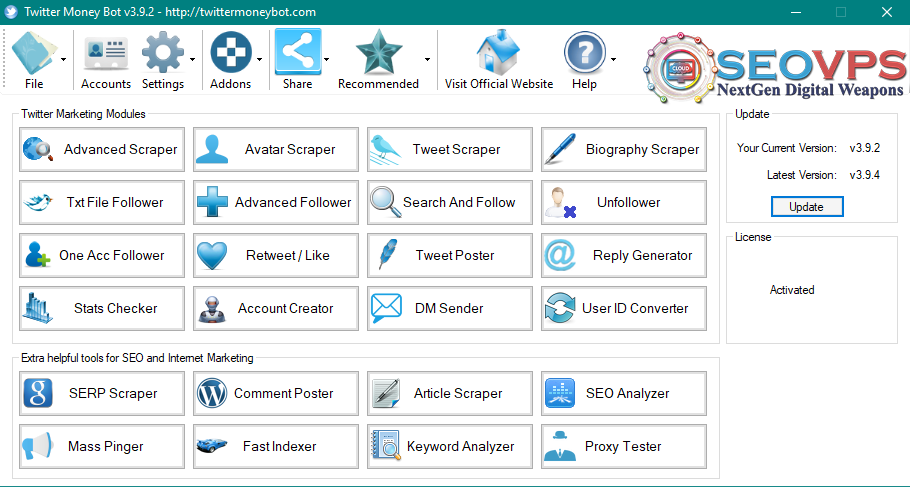